BHS senior Mikayla Davic was selected by the Western PA and West Virginia Chapter of the Association of Fundraising Professionals as the 2018 Youth Philanthropist of the Year for her fundraising efforts benefitting Make-A-Wish. The award will be presented at the Western PA AFP Chapter's annual luncheon on the National Day of Philanthropy, November 15th, at the Fairmont Hotel. Through her productions so far, Davic has raised over $48,000 for Make-A-Wish. She has a goal of raising over $50,000 by the time she graduates.

Mikayla will be staging her final musical at BHS this year. Lost and Found follows the story of a senior trip gone wrong that leaves a group of recent high-school graduates and the pilot of their plane stranded on an unmapped island. They soon discover that they are not alone on the island, and the natives are unknowingly under a curse set by an immortal sorcerer, Haku. A native islander named Mele is guaranteed her freedom from the island as long as she lures one of the people who crashed on the island to Haku so that they can become his prisoner and thus prolong his immortality. Davic shared, "I am beyond thrilled to be working on my fifth and final musical, Lost and Found. I say this every year, but I know it is going to be my best show yet."

Lost and Found will run January 3–5th with showings at 7:00. 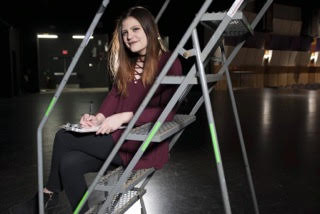