Sean Brady Helps to Develop Free Speech in the Information Age
November 13, 2018
Share to FacebookShare to TwitterShare to Google+Share to LinkedInShare to PinterestShare to EmailPrint this page

A recent study found that the average person spends nearly 2 hours a day using social media. Social media facilitates many interactions, allowing individuals to connect with friends they might otherwise lose touch with and to form new connections. Making sure those interactions are respectful and healthy is a priority of social-media companies as they seek to shape and grow their online communities. Baldwin High School alumnus Sean Brady is one of the professionals working in this vital area.

After graduating Baldwin High School in 2010, Brady went on to attend Notre Dame, where he earned bachelor's degrees in Political Science and Honors Philosophy, as well as his Juris Doctor degree. The foundation he received in the Baldwin-Whitehall School District served him well as he continued through his education. Brady shares, "the excellent English department prepared me well for seven straight years of essay-writing in college and law school. Mr. Harrison and Dr. Klein were especially helpful when it came to honing my writing and thought." Brady began his professional career as a clerk for the Honorable Margaret A. Ryan on the Court of Appeals for the Armed Forces, the highest court in the Military Justice (Court-Martial) system.

Brady recently moved to Silicon Valley to work for Facebook in their content policy team. His team is charged with developing and applying the community standards, which govern the types of content that are and are not allowed on Facebook and Instagram. The position brought together many of his interests and was a natural fit. He explains, "during my time in Law School I spent a lot of time focusing on First Amendment law, particularly the freedoms of speech and religion. I became interested in Facebook in particular because it is the place where questions of free speech and safety online are the most visible and timely." While much of American jurisprudence is steeped in decades of case law, technology is bringing new avenues for the law to regulate. Being on the forefront of this work is something Brady finds engaging and satisfying. He notes, "I love my job because it gives me the opportunity to think seriously about free speech in the modern era and create policy to address challenges that impact the many people who use Facebook." 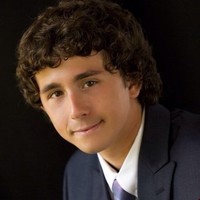