Our Board consists of nine members elected to serve, without compensation, for overlapping terms of four years each. These roles often include long hours, a great deal of sacrifice, and a strong sense of dedication to the mission of the District.

It is our belief that the role of the School Board is to support the District’s mission of providing every student the opportunity to grow and achieve. Our District embraces the Pennsylvania School Board Association’s principles for governance and leadership as a foundation, with the intention to: Advocate Earnestly, Lead Responsibly, Govern Effectively, Plan Thoughtfully, Evaluate Continuously, Communicate Clearly, and Act Ethically.
I’d like to encourage you to get to know the members of our School Board through dialogue and by becoming involved in our District operations and governance. I hope you’ll enjoy the opportunity to become better acquainted with the School Board of Directors and learn about each member’s unique skills, experience, and interests. We thank them for their service.
Sincerely,
Dr. Randal A. Lutz, Superintendent of Schools 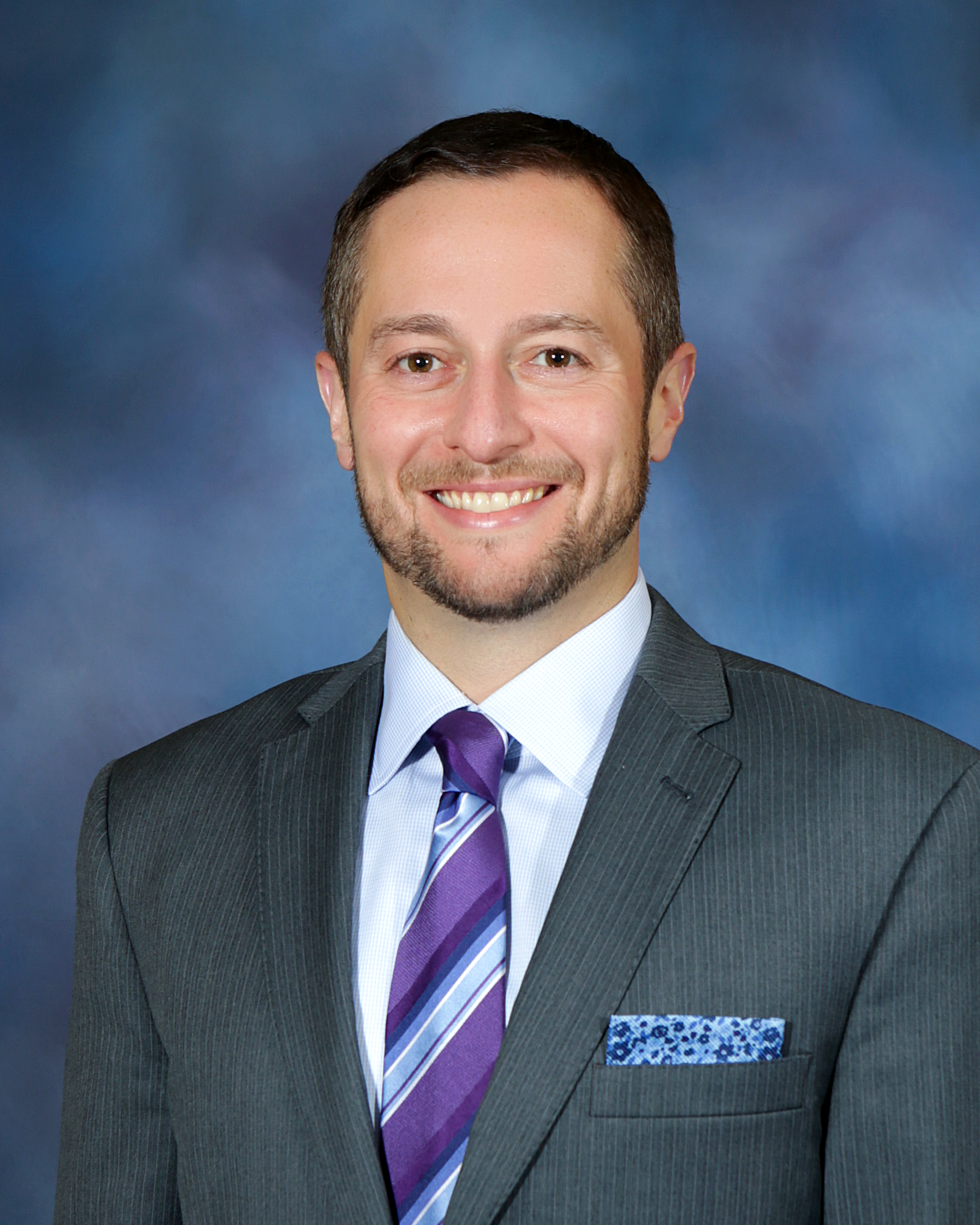 Pete Giglione is a native of Penn Hills, Pennsylvania, and has lived in Baldwin since 2007, with his wife and two daughters. He graduated from Central Catholic High School in Pittsburgh, received his Bachelor of Arts degree from Duquesne University, and earned his Juris Doctor degree from Duquesne University School of Law. A trial attorney by trade, Mr. Giglione practices law in Pennsylvania, Ohio, and West Virginia. He is an adjunct faculty member at Duquesne University School of Law, where he serves as Director of the Trial Advocacy Program, and at the Rangos School of Health Sciences at Duquesne, where he teaches Legal Issues in Healthcare to undergraduate and graduate students. Mr. Giglione also frequently lectures at legal education seminars, and has served as faculty for the Pennsylvania Bar Institute, Pennsylvania Conference of State Trial Judges, Pennsylvania Association for Justice, University of Pittsburgh Consortium Ethics Program, and Western Pennsylvania Trial Lawyers Association. His daughters are students in the Baldwin-Whitehall School District, and he and his family are active members of St. John’s Byzantine Catholic Cathedral in Munhall, Pennsylvania.

“I believe that we best serve our students through a collaborative approach where our teachers, administrators, and parents, all have input into the decisions being made that affect our district. I enjoy speaking to other parents about their ideas and concerns, and will always ensure that their voices are heard by the Board.” 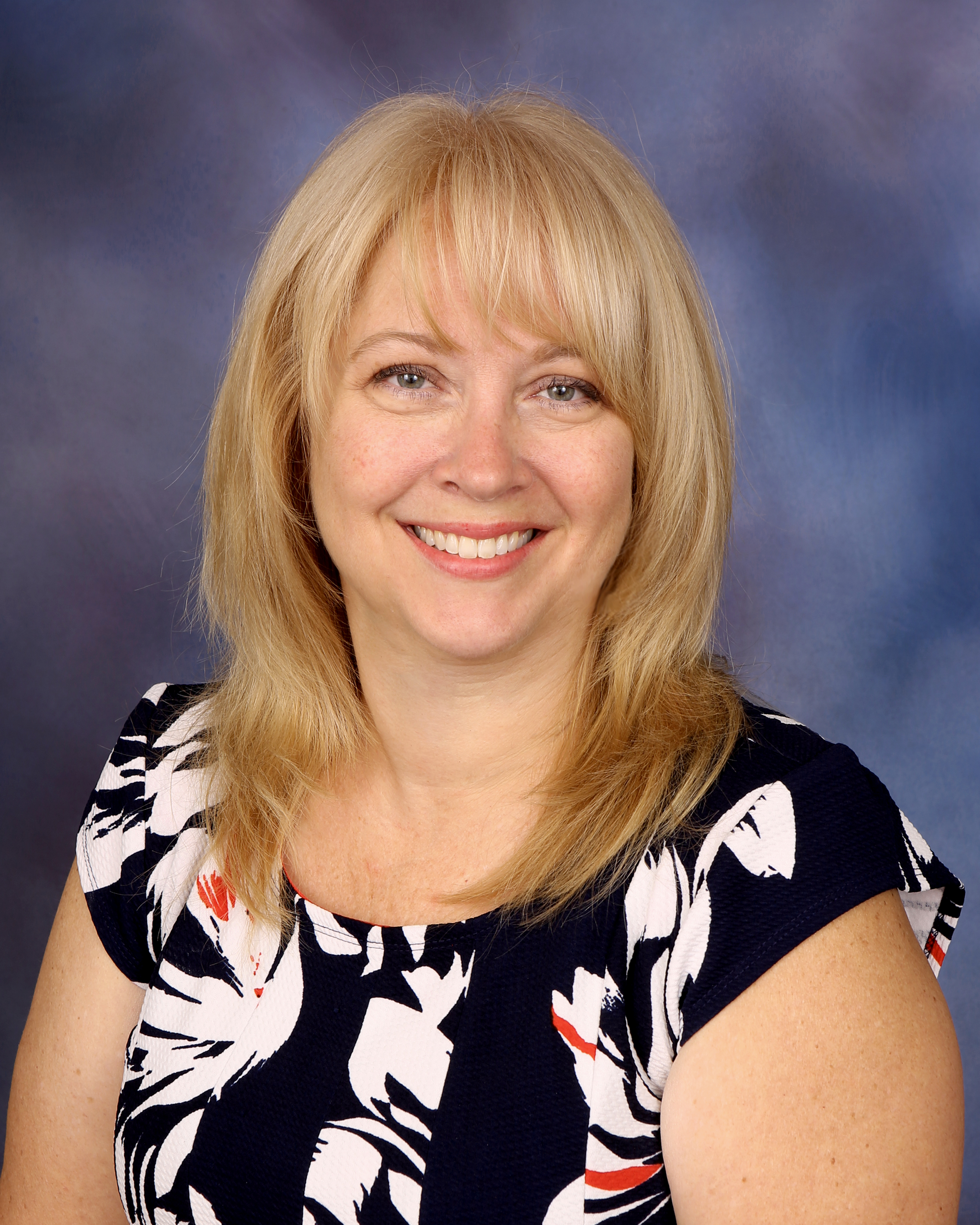 Janice Tarson holds a Bachelor’s Degree in sociology from the University of Pittsburgh at Johnstown, a Master’s of Social Work Degree from the University of Pittsburgh Graduate School of Social Work, and an Associate’s Degree in nursing from Community College of Allegheny County. She has two children who both completed grades K-12 in the Baldwin Whitehall School District. Her community volunteer efforts have included working with the Greater Baldwin-Whitehall Athletic Association, a parent-member of the Baldwin Football Parents Club, Treasurer and President of the Baldwin Girls’ Tennis Club, Treasurer of the Baldwin Boys’ Basketball Boosters, and Secretary of the WPISL Baldwin Girls’ Slow Pitch Softball Club.

Ms. Tarson joined the School Board, “to help grow and move the District forward, to maintain current opportunities for our students, and then grow and expand those opportunities once the District has achieved financial stability.” Her wish for our students is, “that they spend the rest of their lives believing that they grew up in the best community ever and that they remember their primary education fondly and their years at Baldwin High School as the best years of their lives.” 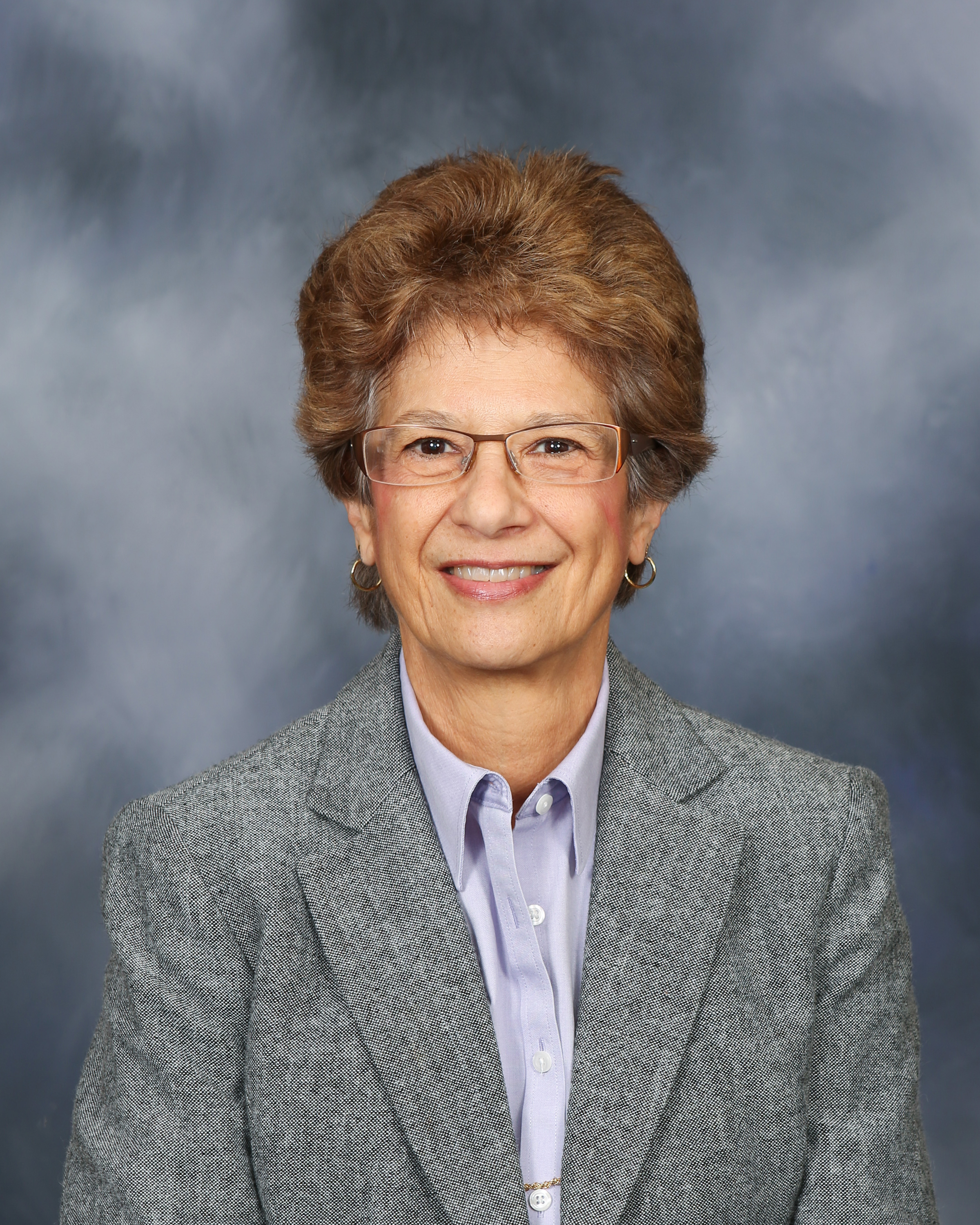 Karen Brown brings a strong background in education to her work as a board member. She holds a Bachelor’s Degree in education from Slippery Rock State College and a Master’s Degree in administration from Duquesne University, as well as a Principal’s Certification. She has worked as a teacher in elementary and middle grades and as a middle school principal.

Ms. Brown and her two children (now college graduates themselves) graduated from the Baldwin-Whitehall School District, which was central in her desire to become a member of the board, “After being an educator for 40 years, I felt it was time to give back to the community that educated me and my children.” Brown feels that understanding the District’s legacy is key to progress, “This District was built with strong values and traditions. I want to uphold those traditions and values while finding ways to move the District forward. The more we can be on the cutting edge of education, the better we will be able to meet the needs of the students in our fast-technology world.” 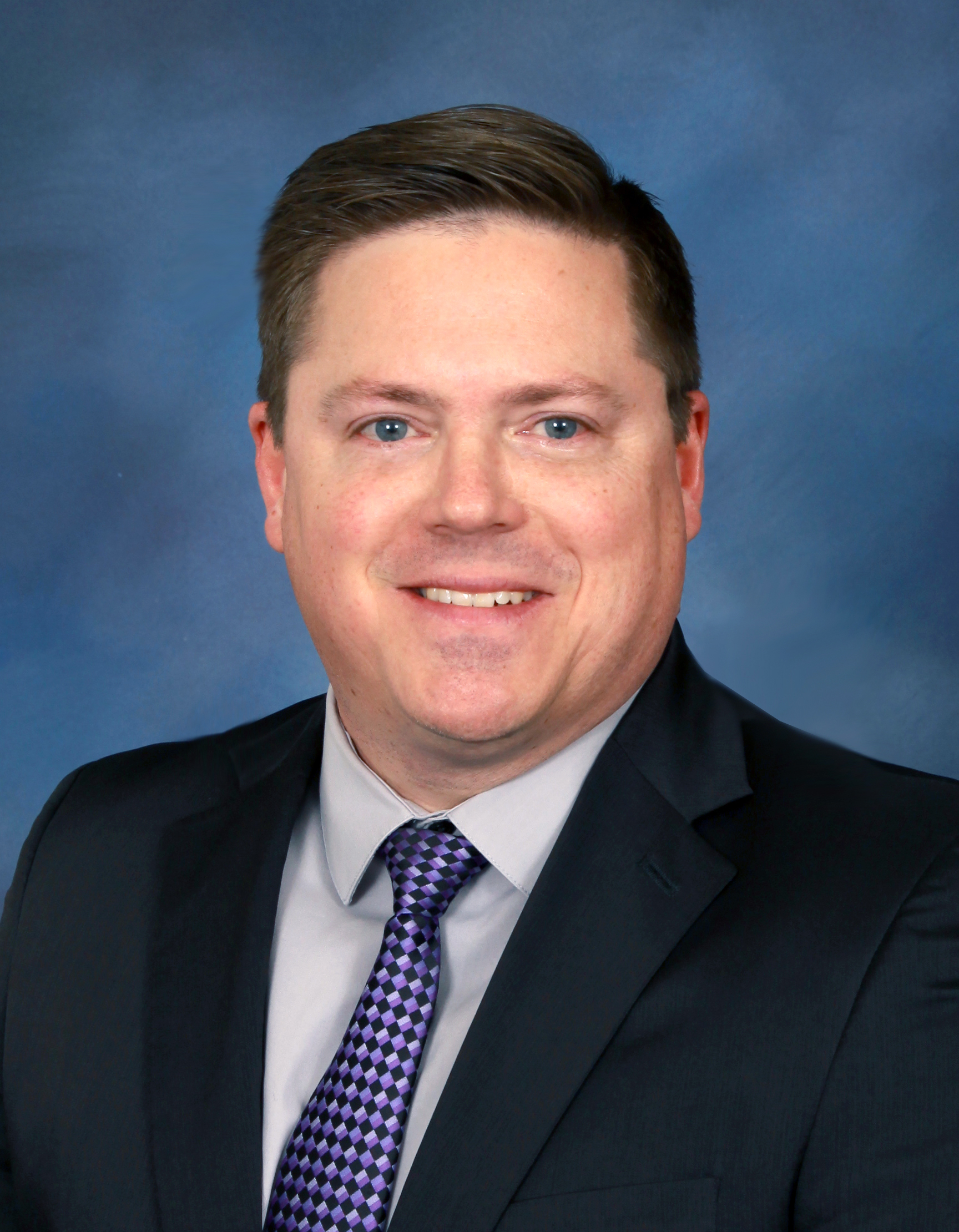 Rob Achtzehn is a Senior Manager for Chainalytics where he provides supply chain consulting services to Fortune 500 companies globally. He is a graduate of the Belle Vernon Area School District and the Pennsylvania State University. He has traveled extensively for work and has lived in Harrisburg, PA, Atlanta, GA, and Houston, TX. Mr. Achtzehn and his wife, Lisa, have been proud Fighting Highlanders for the past 20 years and have two children in the District. Adia graduated in 2017 and Eli graduated with the class of 2020. He has devoted much of his time to youth sports (lacrosse and basketball) over the past 6 years, has been active with the Baldwin Music Patrons, and has volunteered for numerous school events and activities.
Mr. Achtzehn believes that each student has unique talents and gifts and those talents need to be nurtured and given a place to thrive. He is thankful for the education his children have received in the Baldwin-Whitehall School District, with its strong values and commitment to community. He wants to devote his energy on the school board to making sure ALL students have the opportunity to develop their talents for success. Coming from the business world and managing large departmental budgets, he has worked his entire career trying to “do more with less,” and he fully understands how to achieve those goals while maintaining a fiscal discipline. “I have always believed that every individual can achieve success when provided the right opportunities and surrounded by a supportive community. I have seen that in our District firsthand, and I believe if we work together we can achieve even greater things.”

Dr. Anthony DiCesaro has been in practice as a chiropractor for nearly two decades and is currently the proprietor of Whitehall Health Centre. Dr. DiCesaro graduated from the University of Pittsburgh and Pennsylvania College of Chiropractic and has owned clinics across the country throughout his career. Dr. DiCesaro has one son also named Anthony in the District.

Dr. DiCesaro believes strongly in the character of each of our communities. “All of our surrounding communities are full of good, hard-working people that care deeply for their families and friends.” This is the foundation the school board builds on. “If we put the welfare of the children first and the community as a whole a close second, we cannot fail.” 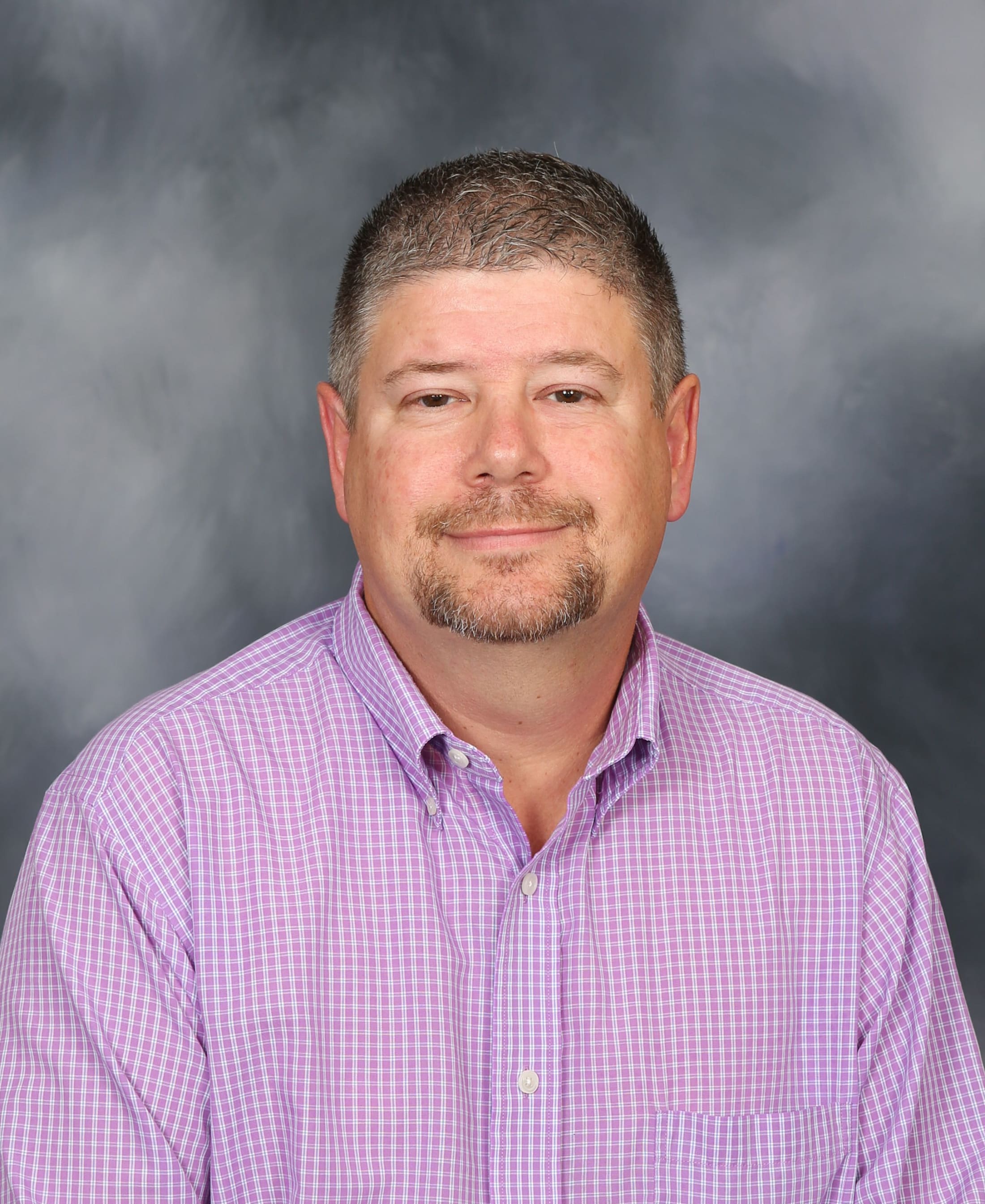 Mr. Daniel Knezevich was born and raised in Whitehall and graduated from Baldwin High School. He has worked at Schneider’s Dairy for nearly 30 years, first as a union driver and currently as Logistics Manager. Mr. Knezevich has two daughters; Katie (Class of 2017) and Molly (Class of 2019),

Mr. Knezevich cites honesty, compassion, and a willingness to do anything in order to get the job done right as hallmarks of strong leadership. “I ran for school board in hopes of being able to make a significant change. I believe in the Superintendent’s vision of providing our students a quality education.” 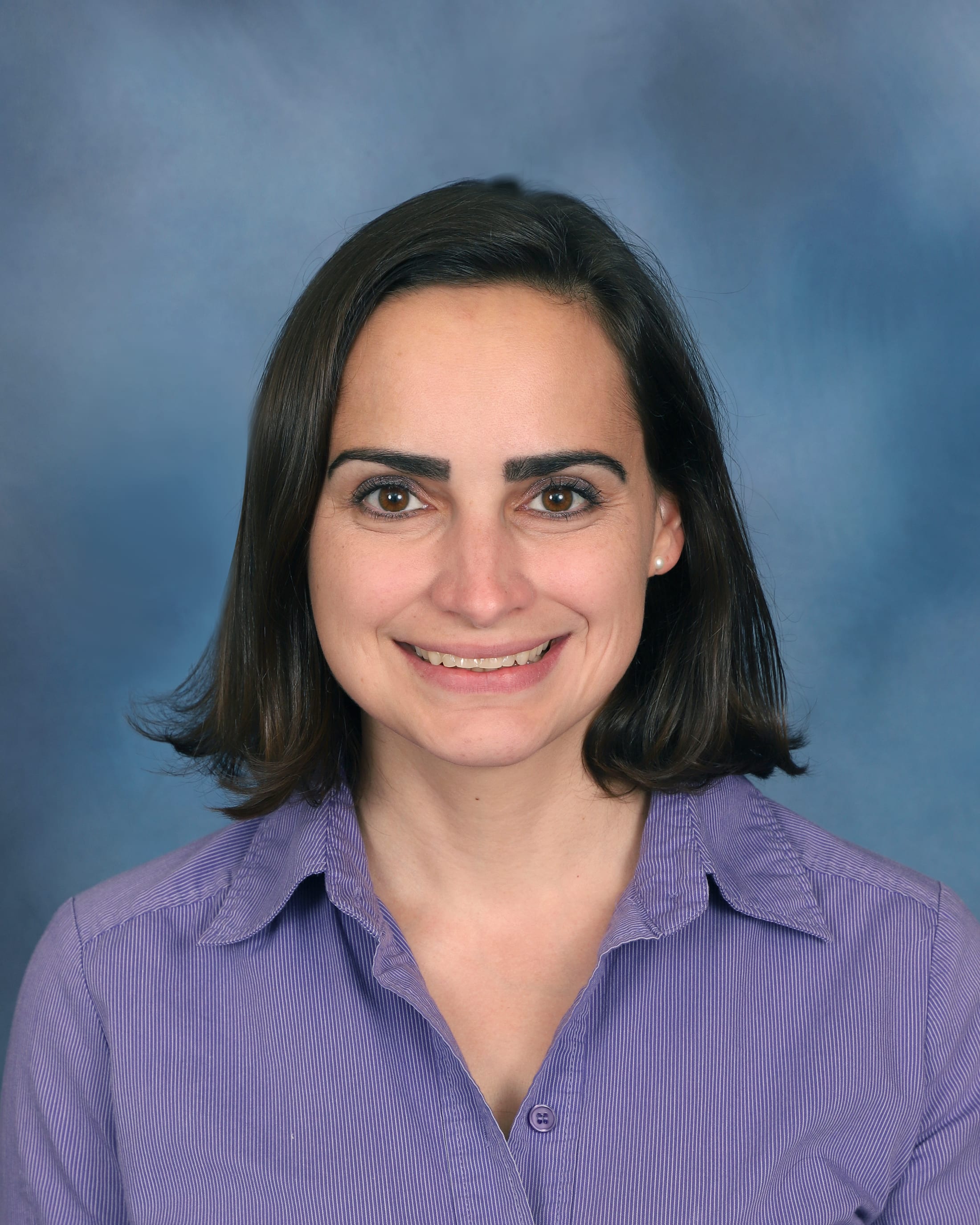 Amanda Priano is a native of Fredonia, New York, and has lived in Baldwin-Whitehall since 2002, with her husband and four children. She graduated from Cedarville University in Ohio. Amanda now works as an architectural associate at Cullen & Associates, and is a general contractor / developer / owner of Liberty Evergreen Development. Her children, Rebekah (2023), Joseph (2023), Ryan (2025), and Erika (2027) keep her and her husband, Tim, hopping between multiple activities in the district including running, soccer, band, choir, musicals, and more.

Mrs. Priano is honored to be a part of the Baldwin-Whitehall School Board, and is particularly interested in the new construction and remodeling projects that are happening in an effort to facilitate the best physical learning environment for the students. 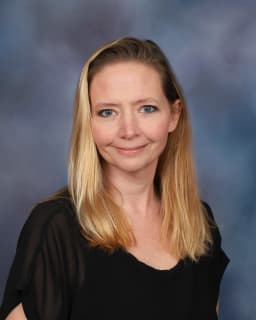 Melissa Wood is a 1997 graduate of Circleville High School in Ohio. She served in the United States Navy for four years as a Journalist and attended the Defense Information School at Ft Meade, Maryland. She was a News Reporter for the American Forces Network, stationed at Misawa Air Base in Japan, Diego Garcia Island (British Territory) in the Indian Ocean, and Naval Station Pearl Harbor, Hawaii.  Ms. Wood has been a Workforce Management Analyst for the last 16 years. She currently works for Assurant where her duties include forecasting budgets, full-time equivalent employees, and employee workload.

Ms. Wood has lived in Baldwin-Whitehall for 11 years with her two children, Richard (2025) and Dylan (2028) Henry. She also has permanent legal custody of her nephews William Rice (2023), Christopher Rice (2025) ,and her niece Emily Rice (2027). In addition to raising her five kids and working full-time, Ms. Wood is a licensed foster-care parent. She has taken in children for both long- and short-term placements while they awaited a safe reunification with their biological families.

Ms. Wood would like to see the district continue changing the perception of standard education. As our world changes, she believes we must also change what we view as priorities in education to prepare our youth for their future. Those changes should address not only our surroundings, but also the inclusion of all students from diverse backgrounds. BWSD students need options for multiple paths to success, so they can choose the path that enables them to meet their goals and succeed without fear of judgment. 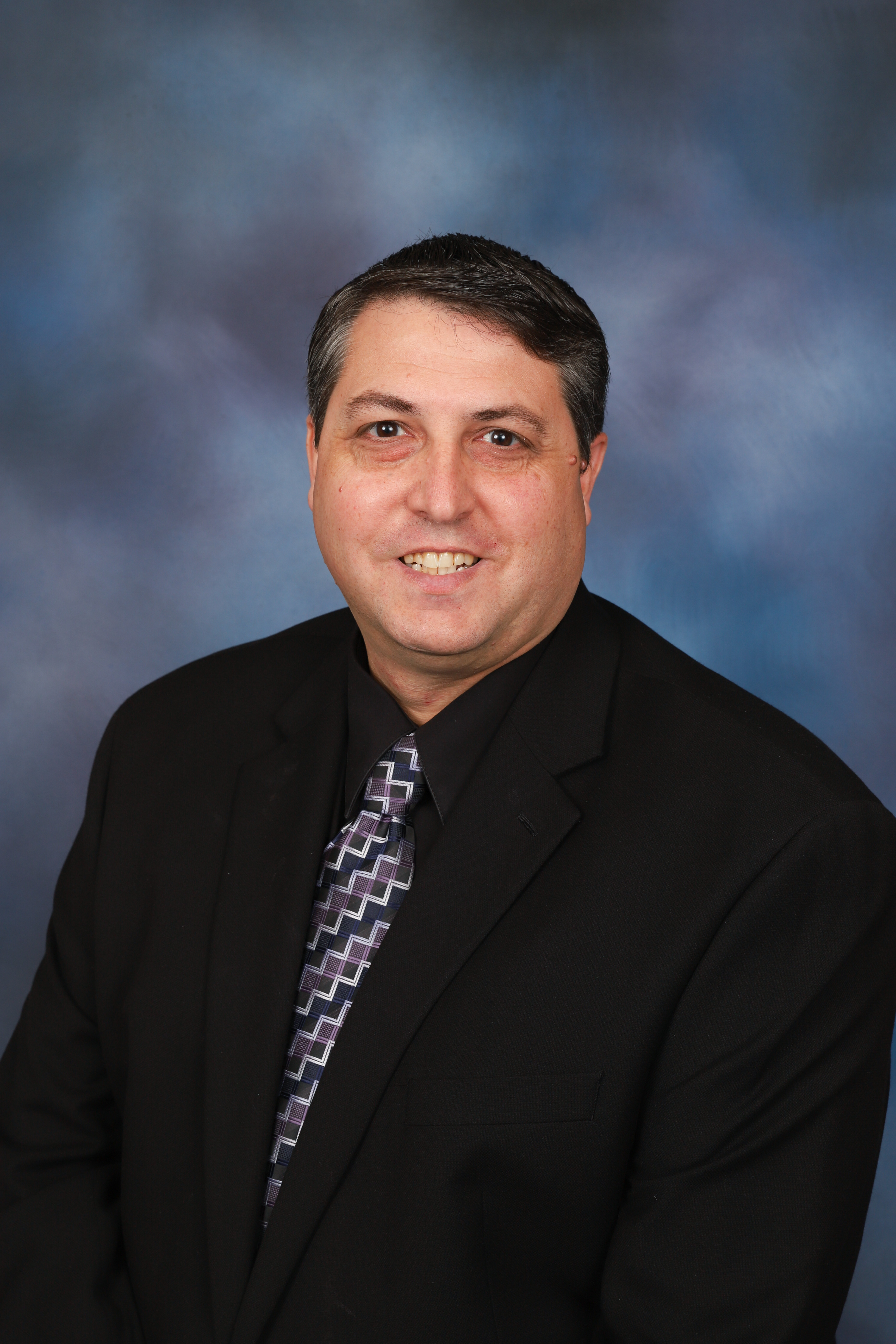 Greg Zeman was raised in Baldwin Borough and graduated from Baldwin High School.  He has worked for the past 8 years as a Director for a local hospitality company.  Mr. Zeman has four children Tyler (Class of 2020), Katie (Class of 2021), Zachary (Class of 2025), and Aaron (Class of 2029).

Mr. Zeman is passionate about public education.  His father was a teacher and school counselor for 35 years.  That passion combined with years of professional experience in retail, transportation, construction, and hospitality are things he hopes will help him bring different perspectives to the school board.  Years of working in Human Resources and Finance departments will allow him to assist in these areas, especially with budgeting and negotiations.

“I hope to serve all students and community members with professionalism and kindness as we navigate through the pandemic and movement toward increased normalcy in our school buildings and our daily lives.  Working together with my colleagues, we will continue to build on the strong foundation of this District through compassion, honesty, and dedication.”